When people ask me what I do for a living, sometimes it’s hard to respond.  I do a lot.

But the bottom line is, I do what I want.

I say that not to brag,  but but as an entrepreneur,  I’ve learned the real value of investing everything you’ve got in yourself first.

I’ll explain what I mean, but first, here’s a quick backstory:

THE HARD TRUTH: IN AMERICA, COLLEGE IS FOR SUCKERS

It wasn’t until later that I’d realize how beneficial my penchant for taking risks would be.  Poker was like a part time job at the time. But, meanwhile, I had incurred student debt up to my eyeballs to the tune of  over $15,000 dollars.  Keep in mind, I was making about $1000 bucks a month working part time and paying for text books, gas, food, booze and rent.

Half way through my second year, I realized that my prestigious University could NOT do two very important things:  guarantee a well paying job after graduation OR teach me the basic tenets of true health, wealth or happiness.
Well, Fuck.  These were supposedly the most important things every human being should strive to have. Right?  Inner peace and all that.

So I dropped out.  I sneakily continued my duties as a teaching assistant for film studies, never revealing to my professor that I wasn’t technically allowed to anymore. That’s when I realized two more important things: I really enjoyed the mentoring process AND without a degree, I was stuck in the restaurant industry… for what would end up being another 7 years! 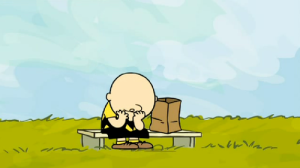 I slaved away, serving tables and pouring drinks from behind a bar for a total of almost 10 years, before I came to understand a secret.

In order to achieve true happiness and success, my mindset had to shift. I had been my own worst enemy.

Being buried in debt can feel like a heavy burden when you’re a struggling artist trying eat and keep a roof over your head in a pricey city like Hollywood. Paying for the tools to create your art make it seem like your passion is a luxury. Working long hours on my feet, cleaning people’s plates and putting up with strangers’ ungracious sense of entitlement, can wear anyone down.  I was jaded, negative and I did not believe a quick exit strategy existed.

My own thoughts about the world had worn ME down.

I didn’t learn that there were millionaire secrets for how to properly manage finances and create wealth until I was almost 28.

THE EVEN MORE SHOCKING TRUTH ABOUT WEALTH

Not surprisingly, our brains will naturally emulate what we are shown at a young age.  I grew up poor.  I mean really poor.  There were nights when my parents wouldn’t eat steak just so that my sister and I could get enough protein in our diet.

So, I naturally believed some crazy shit about what it meant to be wealthy. I hoped some day I could get rich by doing my art professionally, but I still thought like a poor person. I believed things about being wealthy that simply weren’t true.  I was also surrounded by other people who were unintentionally programmed to see the world through the lens of a poor person.

I didn’t realize wealth could be created with the proper training and tools!  I thought it just happened – you were either born into it or got a lucky break that delivered loads of cash.

So, when I learned this little known secret,  I figured there had to be more secrets.

I studied Napoleon Hill, Robert Kiyosaki, T Harv Eker, Jack Canfield, Richard Branson, Donald Trump, Tim Ferriss, and other wealthy people for years before I truly understood what the path to financial success required me to be and do.

I learned that there were practical formulas I could follow to create real wealth.

Two years later I had saved enough money to quit the my JOB at the restaurant work in the field I had always dreamed of: I was finally a writer, producer and I was even hired to consult a start up company.  The money was good.  No, the money was GREAT.

BUT, I still wasn’t financially free… I was still working for a paycheck.

Exactly one year later, disaster struck. The company that had hired me almost went bankrupt and I got laid off and slapped with a five-figure “I-OWE-YOU”… 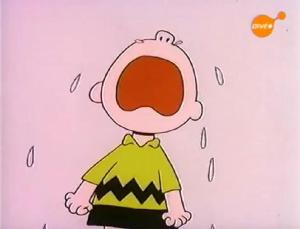 I was stressed, angry, confused and most of all, I felt the creeping fingers of  desperation wrap my brain.  The poor man’s mindset was kicking into high gear.

…so I called in some huge favors from up above, so to speak…

…and I prayed in the most effective way I had learned – meditation.

I got quiet, I listened, and I waited…

A couple of days later, an opportunity knocked; Desperate for cash, I was skeptical at first.

So, I took it as a miraculous sign from God and I ran with it.

Turns out, when I dug deeper, it was a no-brainer.  It just made sense.

I had to cut back on expenses and this opportunity allowed me to do that.  I could save hundreds on the things I already needed.  On top of that, I could make a little money with some effort, while I saved the cash I had left.

It was so easy, a little effort went a long way, and within a month I had made $600 bucks.  A few weeks later I was close to doubling it and that’s when it hit me: I had invested thousands of dollars into failed business ventures before, but every single one of those failures had prepared me for this moment – this opportunity.

And I almost said ‘no’. This opportunity was so low-risk, I would have been a fool to let my desperation control me. Saying ‘no’ would have been the biggest mistake of my career.

Fast forward to today.  I am my own boss. I used that tiny risk – that small opportunity- and  replaced my active income (read: paycheck from a boss) with a steady stream of passive income (read: money while I sleep).

The best part is: you can too.

It doesn’t take thousands or even hundreds of dollars to embark on the journey.

The big take away, for me, is that a rich person understands and embraces the idea that money can work for you – you do not have to work for money.

Let me say it again:  You do not have to work for money. You can let your money work for you.

I’m willing to coach you through the process and you don’t even have to pay me.  You just have to be willing to invest a few hours a week in yourself.  Commit to your own success, and I’ll be happy to show you exactly what I did to reach a point where I do what I want.

Work is for people that are still asleep.  It’s time to Wake Up Now.

If you’re willing to listen, in 90 days you can replace your paycheck with passive income.

You can quit your job and do what you want.